A U of T professor and former Ontario deputy minister has been sentenced to three years in jail after pleading guilty to three child pornography-related charges. 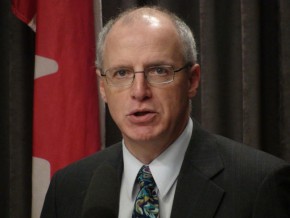 In her decision, the Toronto judge said the 63-year old grandfather ”appeared to have it all” but had a ”hidden dark side.”

But she says he has a low risk of reoffending and appears ”genuinely remorseful.”