Soccer’s world governing body has re-elected president Sepp Blatter in a vote overshadowed by arrests and allegations of corruption.

The 79-year old Blatter will lead FIFA for another four years. 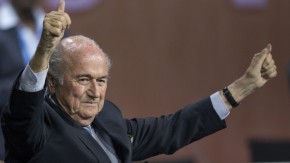 His only challenger, Prince Ali bin al-Hussein of Jordan, had forced a second round of voting but withdrew. 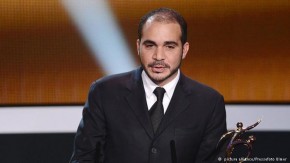 In conceding, he said,”It’s been a wonderful journey … And I want to thank in particular those of you who were brave enough to support me.”

In his victory speech, Blatter said, ”I’m not perfect.  Nobody is perfect.  But we will do a good job together.  I take the responsibility to bring back FIFA where it should be.”

He also hints this term, his fifth, could be his last, saying,” At the end of my term I will give up FIFA in a strong position.”

Blatter has faced calls to resign, including from British Prime Minister David Cameron, who said he should quit ”the sooner the better.”