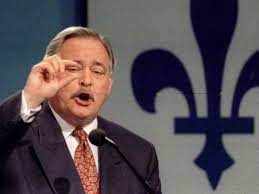 Tributes are coming in from many who crossed the path of ex-Quebec premier Jacques Parizeau, who died last night at age 84.  Parizeau came within a hair’s breadth of a sovereigntist win in the 1995 Quebec referendum.   That vote saw the federalist “No” forces defeat the sovereigntists 50.6% to 49.4%.  The former leader of the Parti Quebeois passed away after what his wife describes as a “titanic fight.”  Parizeau was first elected to the Quebec National Assembly in 1976 an served as the first finance minister of the first P-Q government.