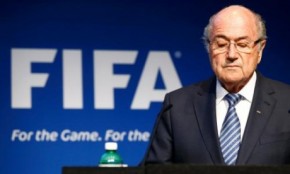 79-year old Sepp Blatter, who was voted to lead a fifth term last Friday, two days after the corruption scandal broke, told a hastily called news conference in Zurich, his re-election does not seem to have the support of most in and outside the sport.

Speaking through a translator he said, ”although the members of FIFA have given me the new mandate … this mandate does not seem to be supported by everybody in the world of football — supporters, clubs, players, those who inspire life in football.”

Blatter promises to call for a new election to choose his successor, saying ”FIFA needs a profound restructuring.”

That’s expected to take place sometime between December and next March.