ANTI-PSYCHOTIC DRUG USE INCREASING AMONG THE ELDERLY 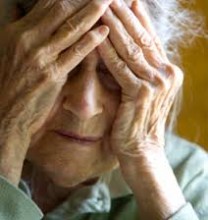 According to new research from St. Michael’s Hospital in Toronto, the use of anti-psychotic drugs by seniors in their own homes and other community settings in Ontario has jumped by 25 per cent in the past five years.  Even the researchers admit to being surprised.  Long-term care facilities in the province have come under considerable criticism for using the drugs to control the behaviours of elderly residents with dementia. Research on that shows the the use of anti-psychotics in the elderly with dementia almost doubles the risk of mortality.  The results of this latest research raise the question of whether there should be greater access to non-drug therapies to control the agitation and agressiveness that can come with dementia.  Those alternatives could include exercise, music or animal therapies.