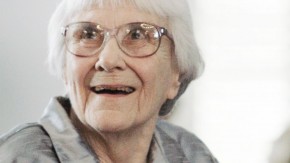 Author Harper Lee missed her induction as an inaugural member of the Alabama Writers Hall of Fame last night, just weeks before the release of her second book.
Organizers said the 89-year-old, who wrote, “To Kill a Mockingbird, couldn’t attend the event, held on the University of Alabama campus. There was no explanation offered for Lee’s absence, but she rarely makes public appearances. The author is in declining health and lives 150 miles away. Lee and 11 other Alabama writers were honored as the hall’s first class. Lee’s second book, “Go Set a Watchman,” is being released in July. It was written before the Pulitzer Prize-winning “Mockingbird” but takes place 20 years later.