The Metropolitan Museum of Art is mounting a retrospective of one of the 20th century’s most influential photographers – Irving Penn. 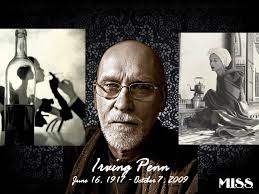 And as an extra-special bonus, the exhibition will feature a gift of more than 150 images from The Irving Penn Foundation – to augment the Met’s current collection of some 145 Penn photographs.

The major retrospective of some 200 images opens April 2017 – to mark the centennial of Penn’s birth.

Over a career spanning 70 years, his fashion and celebrity images often graced the pages of Vogue Magazine – but he was equally well-known for his images of labourers, and his nudes and still lifes.