ONTARIO TO SET THE TONE FOR 'CARDING' 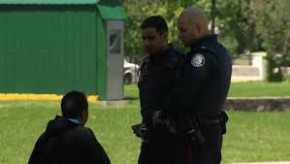 The Ontario Government is going to introduce regulations governing the police practice of carding.  Community Safety Minister Yasir Naqvi has called a news conference to outline the new regulations.  Published reports indicate the regulations will require standardized procedures for carding encounters.  What isn’t yet clear, is whether the new regulations will match the now-abandoned 2014 Toronto Police Service Board policy that demanded police inform citizens of their rights in such stops and issue detailed receipts .  Toronto Mayor John Tory has recently come out demanding an end to the practice, but the police chief says when done properly, carding  it enhances public safety.  The Toronto Police Services board is scheduled to discuss the matter at its meeting Thursday.