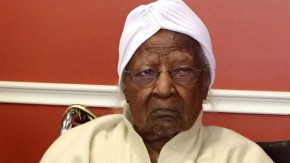 The woman considered the world’s oldest person has died in Michigan at the age of 116. Jeralean Talley died Wednesday at her home in a Detroit suburb.. Her daughter Thelma Holloway, confirmed the death late Thursday. She says her mother, who had turned 116 just a month ago, was recently hospitalized and treated for fluid in her lungs, but was grateful to return home, where she wanted to be.

The Gerontology Research Group considered Talley to be the world’s oldest person, based on available records. Next in line for the honour is Susannah Jones of Brooklyn, New York who turns 116 in July.