The Hollywood composer who wrote the Oscar-winning score for the movie Titanic and took home another Oscar for writing the movie’s theme song has died in a California plane crash.  61 year old James Horner, a trained pilot, was alone aboard a small private plane which crashed in California Monday. 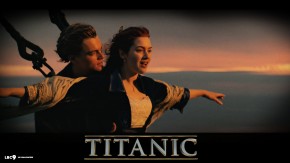 Aside from Titanic, Horner worked on three other James Cameron films, as well as “A Beautiful Mind”, “Braveheart” and “Apollo 13”.