Despite a dire update on Joni Mitchell from her longtime friend David Crosby, another friend says the truth is that Joni is “speaking and she’s speaking well.”

Leslie Morris is acting as her conservator and says on Mitchell’s official website that she is resting comfortably in her own home and she’s getting better each day. Morris also says a full recovery is expected. 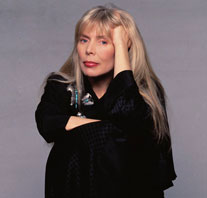 The 71 year old Canadian born singer-songwriter was found unconscious in her Los Angeles home at the end of March and taken to hospital.

His comments prompted the rebuttal on Mitchell’s website that claimed the details that have emerged in the past few days were mostly speculative.

The statement approved by Morris, says the singer “was not walking yet but would be walking in the nearly future as she is undergoing daily therapies.”