A new book by Canadian nationalist, author, publisher and journalist Mel Hurtig, slams the Stephen Harper government and the title tells the story.  The book is titled “The Arrogant Autocrat: Stephen Harper’s Takeover of Canada”. 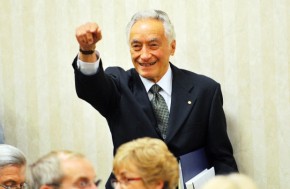 The 80 year old Hurtig, writes that the Harper government rules with an iron fist, not only over Tory MPs, but trying to control all aspects of government and keeping the public, including members of parliament, in the dark. He cites eleven different federal departments refusing to provide Parliament with their plans to address concerns raised by the Auditor General, despite being mandated to do so.  Hurtig also notes that the Centre for Law and Democracy, ranked the Harper government as 55th in the world for upholding freedom of information principles, down from 40th just a few years ago.