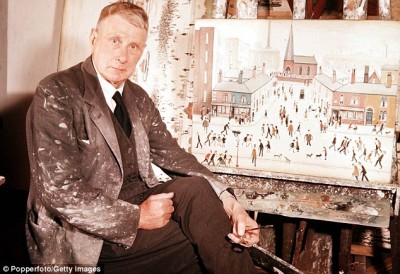 Three rare works by artist L.S. Lowry will be shown together for the first time at York Gallery in England.

The oil paintings were commissioned more than 60 years ago: they are Clifford’s Tower, Wilson’s Terrace and A View of York (From Tang Hall Bridge.)

The gallery commissioned Lowry in 1952 – and eventually kept just one of the pieces.

The other two were bought by private collectors.

The paintings will be the stars when the gallery reopens next month – after a 15 million dollar revamp.

Lowry was already a well-known and established artist when he came to York in 1952 – and was appointed official artist at Queen Elizabeth’s Coronation in 1953.

Much of his art often sells for millions at auction and is characterised by matchstick figures and industrial landscapes.