By NASA’s calculations, we’ve made it to Pluto. 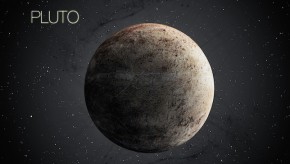 The moment of closest approach to the dwarf planet by the New Horizons spacecraft came at 7:49 a.m. this morning, culminating an unprecedented journey spanning 9.5 years and 3 billion miles.  While data is still being analyzed, NASA scientists are saying the New Horizons spacecraft has already changed our thinking on Pluto’s size.  New measurements indicate the radius of Pluto spans just under 1,200 kilometres which is about 40 kilometres bigger than previous estimates.  The U.S. is now the only nation to send a probe to every single planet in the solar system.