A Turner Prize-winning artist in England has used an axe to attack the wall of a theatre where a play he was staging was receiving scathing reviews.  Douglas Gordon was directing “Neck of the Woods”, starring Charlotte Rampling, at the Home Theatre in Manchester.  Critics have described it as a “vanity project” and “humourless and sedate”.  The show features several axes. Gordon is thought to have wielded an unused prop to take a chunk out of the wall, which he then signed and dated. 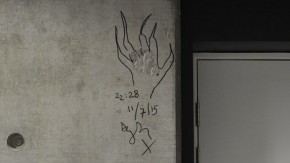 Gordon won the Turner Prize in 1996. It’s named after the painter J. M. W. Turner and presented annually to a British visual artist under the age of 50.  Awarding the prize is organized by the Tate gallery in London.