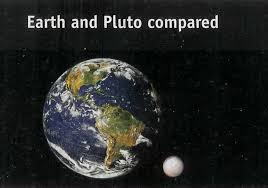 The baby grand piano-sized spacecraft swept to within 2-thousand kilometres of Pluto yesterday but it took 13 hours for confirmation to reach scientists back on earth.  The unprecedented encounter is the last stop on NASA’s grand tour over the past half-century of all the planets in our solar system.  New Horizons arrived at Pluto after an epic journey that began 9.5 years ago when Pluto was still considered a full-fledged planet.  According to NASA, the spacecraft swept to within 12 thousand kilometres of Pluto at a speed of almost 50 thousand kilometres an hour.  Pluto is almost 5 billion kilometres from earth.