Photographer Joseph McKenzie, known by many as the “father of modern Scottish photography”, has died at the age of 86. 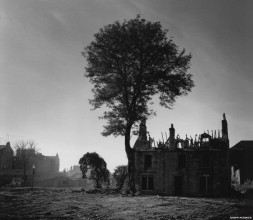 McKenzie became a prolific photographer through the 1960s, documenting post-war Scotland.  He served as a photographer in the RAF during World War Two and later taught photography full-time at St Martins School of Art in London and then at the Duncan of Jordanstone College of Art in Dundee.  He was elected an Associate of the Royal Photographic Society in 1954.  McKenzie’s work is held in public and private collections including those of the Scottish Arts Council, the National Portrait Gallery of Scotland and the Victoria and Albert Museum.