Dissident Chinese artist Ai Weiwei has been refused a six-month visa by the British government amid claims he lied on his visa application form. 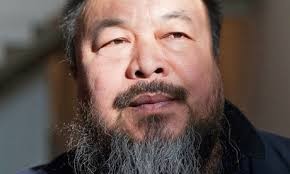 Ai posted a letter on Instagram this morning stating his entry to the UK had been restricted because he failed to declare his “criminal conviction”.  But the 57 year old artist, although detained in China for 81 days in 2011, has never been charged or convicted of a crime in China.  Ai was granted a 20-day visa to attend the opening of his London show in September,  but because of the visa’s term, he may not be able to supervise the installation of his landmark solo exhibition at the Royal Academy of Arts.  The letter, from the visa section of the British embassy in Beijing, says Ai’s entry to the UK “has been restricted because of a failure to meet the business visitor rules.