More airplane debris is being collected by a Malaysian team in the French territory of Reunion Island in the Indian Ocean. 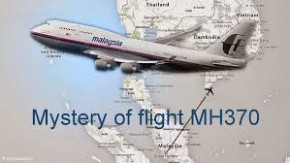 The new debris includes a window and some aluminum foil.  However, unlike the wing tip now confirmed as coming from Malaysian Flight 370, officials cannot confirm yet whether the new material is from the lost jet.   Australian Prime Minister Tony Abbott says his country has committed more than $100 million dollars to the search out of an obligation to help solve the mystery on behalf of the six Australians who were aboard.  MH 370 disappeared March 8th of last year on a flight from Kuala Lumpur to Beijing with 239 people aboard, including two Canadians.