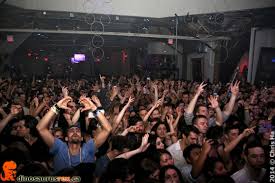 Last week, a man was shot dead inside the venue and a woman fatally wounded after leaving the club which is located in a city-owned building at Exhibition Place. Three others were injured in the city s worst case of gun violence so far this year. There have been no arrests. According to the nightclub, there was a large contingent of on-duty officers on site, along with 10 paid-duty officers as part of the normal security protocol. In addition, there were 73 security guards, including 15 who swiped patrons with metal-detecting wands and conducted body searches. Toronto Police Association president Mike McCormack said he supports the force’s move, to make sure that every security precaution is taken and the right security plan is used. However, he says the bigger issue is the brazenness of gunmen using firearms in public places.