A production of “Sherlock Holmes”,  a work by the late Canadian playwright Greg Kramer, is coming to Toronto with American actor David Arquette in the lead role. 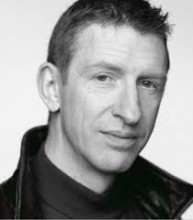 The “Scream” star will play “Holmes” in the show, which will preview in Los Angeles before premiering at Toronto’s Ed Mirvish Theatre October 27th.  It will then go on a multi-city U.S. tour, with stops in Washington and Chicago.  The award-winning play is an original adaptation inspired by Sir Arthur Conan Doyle’s tales. It premiered in Montreal in 2013.

Kramer was a  was a British-born Canadian author, actor, director, and magician.  He was born and raised in Hertfordshire, England.  He emigrated to Canada in 1981 and spent the remainder of his life living in Toronto, Vancouver and Montreal.  Kramer died in Montreal in 2013 at the age of 51