Canadian golfer Brooke Henderson is now a member of a very exclusive club.

The 17-year-old rising star has been granted LPGA Tour membership.

The confirmation of Henderson’s card came today from Tour commissioner Michael Whan – who said she will be granted Tour membership immediately. 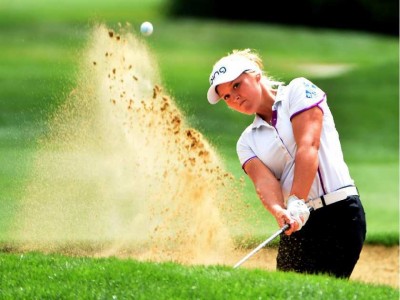 But she still had to deal with the prospect of having to qualify for the remainder of the tournaments in the 2015 season.

LPGA policy states that any woman 18 years of age or over is eligible to apply for Tour membership – but players between the ages of 15 and 18 may be granted special permission to apply for membership – by petitioning directly to the Tour commissioner.