ONTARIO IN FOCUS ON 4TH WEEK OF CAMPAIGN

Seat rich Ontario is the focus of federal political leaders during the 4th week of the federal election campaign. 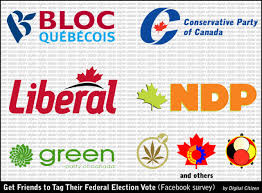 Of the 338 federal seats up for grabs, 121 are in Ontario. The Liberal’s are hoping to hold the 59 seats Kathleen Wynne’s Liberals took in the last provincial election. In the last federal vote the Liberals only won 11. The Tories took 70 Ontario seats in 2011 which put them into a majority situation. However, this time around a senior NDP campaign adviser says there is no safe Conservative seat and his party is is poised for a breakthrough.  All party leaders will be spending plenty of time campaigning in Ontario this week.