BLANCHETTE TO BE HONOURED BY THE BFI

Australian Oscar winner Cate Blanchett is to receive the British Film Institute fellowship for her contribution to film. 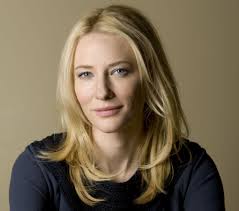 In announcing the award, the BFI praised the Blanchette’s “mesmerizing screen presence” which “has captivated audiences since her earliest roles”.  The 46 year old actress will be awarded the honour at the London Film Festival’s annual awards ceremony on October 17th.

Blanchette won Academy Awards for her roles in Woody Allen’s Blue Jasmine in 2014 and in 2005 for The Aviator.