According to an expert on rare books, the mysterious pages of text discovered in Harper Lee’s safety deposit box are not a third Harper Lee novel. 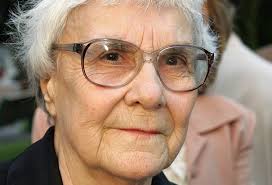 Lee’s lawyer had suggested they could be another novel by the author.  But, rare books expert James Jaffee says they’re are actually typescripts of “To Kill a Mockingbird” and “Go Set a Watchman”.  In fact, he says one of them appears to be a different opening to Mockingbird.

Last month Lee’s lawyer, Tonja Carter, wrote in the Wall Street Journal that she found the manuscript for Go Set a Watchman in Lee’s safe deposit box in her home town of Monroeville, Alabama.

Jaffe says upon examination, the box contained three documents: an original revised and corrected draft of the early sections of To Kill a Mockingbird, an original typescript of Go Set a Watchman, and Lee’s original copy-edited typescript of Mockingbird, including the author’s changes, and annotations from her editor.

Go Set a Watchman was published on 14 July.  It sold more than 1 million copies in Canada and the US in its first five days on sale.