Another accolade for one of Canada’s best young sopranos. 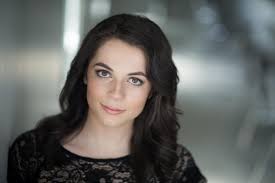 The Forrester Prize is awarded every three years to the most talented emerging singer in Canada and consists of 30 recital concerts as part of the JMC Emerging Artists Tour.

Maureen Forrester was an internationally renowned Canadian Mezzo Soprano and a Companion of the Order of Canada.  She died in 2010.