Canada Post is pulling the plug on the installation of community mailboxes – a week after the Trudeau Liberals were elected.

The party’s platform contained a pledge to scrap the progress away from door-to-door mail delivery. 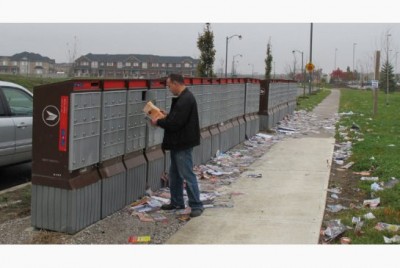 Canada Post says it’s temporarily suspending the program – so roughly 460-thousand households that were to be converted over the next two months will get to keep their current mail service.

But those already converted over the past 10 months  are out of luck.

They won’t get door-to-door service back – at least not under Canada Post’s current plan.

The union representing postal employees says it’s elated with the news – but Canadian Union of Postal Workers national president Mike Palecek says the union will also be pushing the Trudeau government to reverse the cuts to postal services – that have been made so far.