Toronto’s Abbas Akhavan has won the 2015 Sobey Art Award, one of the richest purses in the Canadian art world. 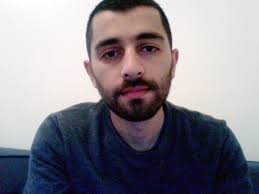 The 38-year old Tehran-born artists prevailed over 4 others to take home the $50,000 prize at a ceremony last night at the Art Gallery of Nova Scotia.

The Sobey was stared in 2002 as a way to recognize the best in Canadian contemporry art.  It’s been handed out yearly since 2006 to an artist under 40-years old who has exhibited work in a public or commercial gallery with in 18 months of being nominated.

Akhavan came to Canada with his family at the end of the Iran-Iraq war in the late 1980’s.