GLENN CLOSE GEARING UP TO TAKE ON NORMA DESMOND-AGAIN

That’s because she’s getting ready to reprise her role as the silent screen star Norma Desmond in “Sunset Boulevard.”

She says her preparations involve working-out because “You have to have strong muscles in you – to project that kind of energy.” 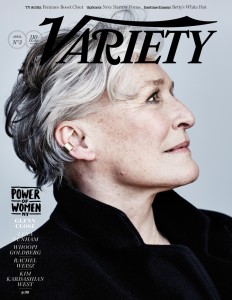 Close won a Tony Award in 1995 for starring in the Broadway production of Andrew Lloyd Webber’s musical – and she’ll be back for 43 performances at the English National Opera’s Coliseum Theatre – beginning April 1st.

The 68-year old actor says Desmond “haunted her” – and she’s looking forward to another exploration of the character – because she’s had 20 years of life, and of her craft.