The screen writer behind such classics as “The Black Stallion” and “ET, The Extra-Terrestrial” has died at the age of 65. 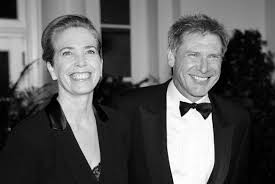 Mathison died late Wednesday after a battle with cancer.

In a statement, director/producer Stephen Spielberg said Mathison had a heart that shone with generosity and love and burned as bright as the heart she gave ‘E.T.’

Mathison was married to actor Harrison Ford from 1983 to 2004 and is survived by their two children.