CANADA MAY DOUBLE THE INTAKE OF SYRIAN REFUGEES

Canada’s Immigration Minister says this country could double the intake of Syrian refugees to 50,000 from the 25,000 we’ve pledged to take so far. 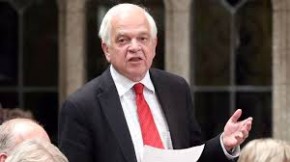 John McCallum says the government now hopes to resettle between 35,000 and 50,000 Syrians by the end of next year.  The minister made that statement while touring refugee facilities in Jordan.