FIGHT FOR RAMADI UNDERWAY IN IRAQ

Iraq says its troops are making their most significant incursion into the city of Ramadi since it fell to Islamic State terrorists in May. 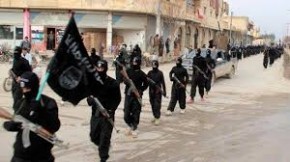 Losing Ramadi was a major blow to the Iraqi government and it was the Iraqi Army’s biggest defeat since the terror group swept through areas in northern and western Iraq in the summer of 2014.  At last word Iraqi special forces were engaging as many as 350 Islamic State fighters in fierce street by street fighting.