The Toronto Star has announced it is closing its printing plant in Vaughan affecting 220 full time and 65 part time employees. 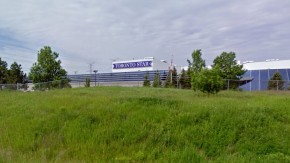 The Torstar Corporation says it has reached an agreement with Transcontinental Printing which claims to be the largest printing company in Canada and the third largest in North America.  It has two printing plants in the GTA, one in Vaughan, the other in Brampton.

According to a release, the agreement is for five years and services are expected to start in July of this year.