DEPUTY CHIEF SLOLY HANGS IT UP

One of Toronto’s top police officers is calling it quits.

49-year-old Deputy Chief Peter Sloly handed in his resignation – just a few weeks after coming under fire for suggesting the force was in crisis, needed radical change and could cut hundreds of front line officers – without sacrificing public safety. 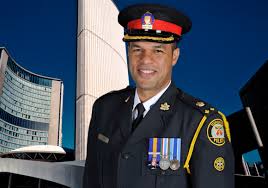 Sloly was with the force for 27 years – and says he’s proud of the people he served with – and he’s looking forward to exploring new career opportunities.

The veteran policeman was among those who vied last year to become Toronto’s new police chief – after Bill Blair moved on – but Sloly was passed over in favour of Mark Saunders.

At a small gathering at a downtown Toronto entrepreneurial centre in mid-January, Sloly told the crowd that the Toronto force, like others around the world, was in crisis – and he feared for its future.