A drunk driver, who killed three children and their maternal grandfather, says he’ll spend the rest of his life trying to atone for the devastating pain he’s caused the Neville-Lake family. 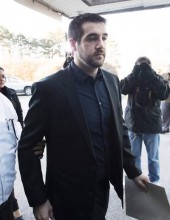 In a brief, emotional statement read in Newmarket court, he apologized saying he’ll be forever haunted by the reality of what he’s done.

Jennifer and Edward Neville-Lake, who lost their three children and Jennifer’s father in the crash, left the room as Muzzo took the stand and did not return until he was back in the prisoner’s box. 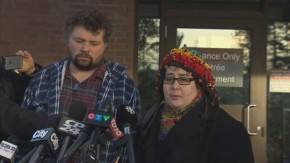 Outside court, Neville-Lake repeated why she wasn’t interested in anything he had to say.
“I don’t want to listen to the man who is responsible for killing my children.  There’s nothing he could say.  His actions spoke louder than his words.  And I don’t see why I should have to put myself through that.”
Muzzo’s lawyer, Brian Greenspan, says his client is ”grief-stricken,” adding that the crash was the result of a ”terrible decision made by a very good person.”

Meanwhile, the Crown compared Muzzo’s actions to walking down the street with a loaded gun.

Crown lawyer Paul Tait is calling for a prison sentence of 10 to 12 years and that Muzzo also be banned from driving for eight o 12 years.
Sentencing is scheduled for March 29.