YOU'RE INVITED TO NASA'S FIRST ART GALLERY IN SPACE

The U.S. space agency NASA is accepting submissions from artists in order to send their artwork into space. 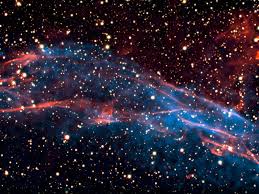 NASA plans to send a spacecraft named OSIRIS-REx on the first space mission to bring back a sample of a near-Earth asteroid called Bennu as it approaches our planet.  They hope to make the asteroid the first extraterrestrial art gallery known to mankind.

To that end, NASA is inviting the public to contribute works of art inspired by the spirit of exploration that will be encoded in a microchip and left on the asteroid.  NASA is accepting sketches, pictures, graphic art, poems, songs, videos and other forms of creative expression until March 20th.

You can enter by posting a picture of your piece with the hashtag # WeTheExplorers.