Most of Southern Ontario including the GTA and our entire coverage area is under a winter storm warning. 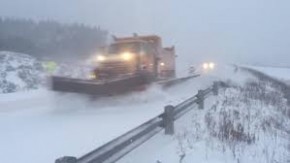 Environment Canada says snow will begin later this morning in Southwestern Ontario and intensify into the evening with the heaviest amounts of snow forecast for tonight.

Total snowfall amounts of up to 25 centimetres are likely by Wednesday morning with strong northeasterly winds expected to produce blowing snow with gusts up to 70 kilometres per hour.

Environment Canada says visibility will be suddenly reduced to near zero at times in heavy and blowing snow and there may be a significant impact on rush hour traffic in urban areas.