A noted Australian author says she “fell off her chair” when she discovered an email about a $150 thousand literary award was not a hoax. 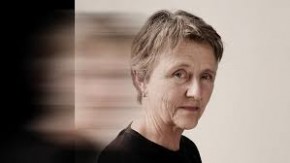 73 year old Helen Garner, who penned what is considered an Australian literature classic called “Monkey Grip”, initially dismissed the email from Yale University as a hoax.

She says she was going to delete it but thought to call her publisher, who informed her that the Windham-Campbell prize was in fact real and is one of world’s richest literary awards.

Garner was cited for her body of non-fiction work and wasn’t alone in being taken aback because the prizes have no submission process.  Yale says the winners are judged anonymously and unaware that they are in the running.