"LORD OF THE DANCE" RETIRES ON ST. PATRICK'S DAY

“Lord of the Dance” creator Michael Flatley used St. Patrick’s Day as the backdrop for his final show ever at Caesar’s Palace in Las Vegas last night. 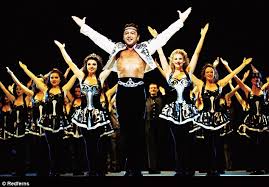 The 58-year-old says more than 20 years of Irish Dancing has taken its toll on his body and he’s is now looking forward to retirement.  Flatley says he wants to spend more time with his wife and son and spend more time in his native Ireland..

In 1994 Flatley helped launch the Irish dancing spectacle, “Riverdance”, after performing at the Eurovision Song Contest in Dublin.  He went to to create “Lord of the Dance” which debuted at the Point Theatre in Dublin in 1996.