New Zealanders have decided to keep their national flag the way it is! 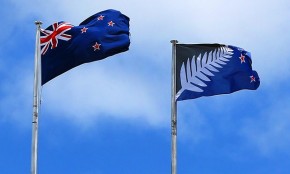 More than 2-million people turned out to cast a ballot in a nationwide poll. Fifty-seven percent were in favour of keeping the British Union Jack on their flag. Forty-three percent wanted to replace it with a silver fern.

The current flag of the Kiwi Nation has been the national symbol since 1902. It was up against a new design that was winnowed from more than 10,000 entries submitted by the public.

Those advocating change argued the flag was a relic of the nation’s colonial past and too similar to Australia’s flag.

Those favouring the status quo said the new design was uninspiring or an attempt by Prime Minister John Key to create a legacy.