LAUPER AND FIRESTEIN TO GET WALK OF FAME STARS

Two legends of music and stage are going to be honoured with stars on the Hollywood Walk of Fame during a dual ceremony next month.

Cindi Lauper and Harvey Firestein are the collaborators behind the hit Broadway Musical Kinky Boots.  However, they’re not being honoured for just Kinky Boots.  Their side-by-side stars will commemorate both of their storied careers before and after the smash hit. 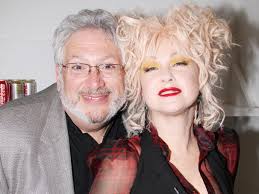 Lauper is being honored with a Recording star for her 30-year musical career and album sales of more than 50-million.  Firestein will get a Live Performance star for his numerous Tony and Drama Desk awards.

Kinky Boots has also been a big hit in Toronto. It continues performances at the Royal Alex until mid May.