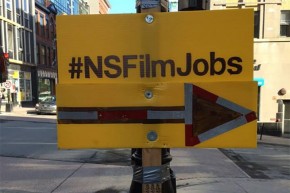 The Atlantic council of the Directors Guild points to employment statistics to demonstrate a sharp reduction in salaries and total days worked by its Nova Scotia members last year.

The Council says in 2014 members made $5.9 million in salaries.  Last year the figure dropped to $3.1 million.   Members also saw their number of works days dwindle to 6,500 hundred last year from 12,000 the year before.

Last April, the Nova Scotia government eliminated the Film and Television Labour Tax Credit, claiming it has made the province uncompetitive compared with other production centres in Canada and around the world.  But, the guild says an incentive fund that replaced the tax credit is too intricate and has not stemmed the loss of film work in the province.