The horoscope writer for Britain’s Daily Mail, who was read by millions in syndication, has died at the age of 58. 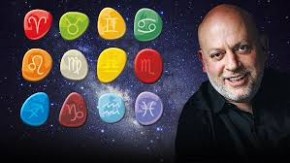 Cainer was the newspaper’s astrologer from 1992 to 2000, and from 2004 onward.  His work was carried in numerous publications and was translated into Japanese, Spanish, Italian and Chinese.

The Mail said Cainer had died from a suspected heart attack but that has not been confirmed.

A statement on Cainer’s website asked “‘Didn’t he see it coming?”  And answered by saying Cainer was always adamant that astrologers should not look to predict the time of a person’s demise.  But Cainer’s own Sagittarian horoscope for yesterday was called “uncannily prescient”.  It said,  “We aren’t here for long, but we imagine we have forever and a day.”
Cainer had already written a number of forecasts which will be published now after his death.