Queen Elizabeth has been overheard on video describing Chinese officials as “very rude to the ambassador” while talking with a senior police officer at a Buckingham Palace event. 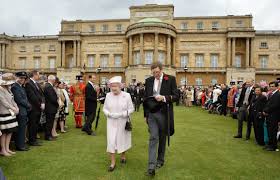 A police commander tells the queen that arranging a state visit by the Chinese president in October had been a “testing time.”  The queen then replied that “they were very rude to the ambassador.”

The comments, are unusual because the 90-year-old monarch usually never comments publicly on political matters and media accompanying her are asked not to eavesdrop on private conversations.

The incident was recorded by the palace’s official cameraman at a palace garden party.