The sentencing hearing for the Toronto police officer convicted of attempted murder in the Sammy Yatim shooting, resumes today. 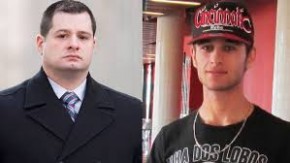 The Crown is expected to tell the court why it believes Constable James Forcillo should go to prison for more than the five year mandatory minimum sentence.

In January, a jury acquitted Forcillo of second-degree murder, but convicted him of attempted murder for continuing to shoot at Yatim after the 18-year old had fallen, mortally wounded, to the floor of an empty streetcar in July of 2013. The crown calls the Yatim shooting one of the most egregious examples of unjustified violence by a police officer in Canada.”

Forcillo’s defence team argued last week that he should be held under house arrest rather than do time.