IT'S OFFICIAL! "HAPPY BIRTHDAY" BELONGS TO EVERYONE 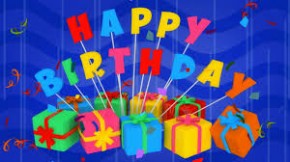 A US federal judge in Los Angeles has now signed off on a settlement that ended a long-running legal dispute challenging music publisher Warner/Chappell Music’s claim that it owned the song’s copyright.

The judge ruled last year that the song does not belong to Warner/Chappell which subsequently agreed to pay $14 million in a settlement that effectively put to rest its copyright claim along with its efforts to collect royalties.

In 1988, Warner/Chappell Music acquired the company that had previously claimed ownership of “Happy Birthday.”