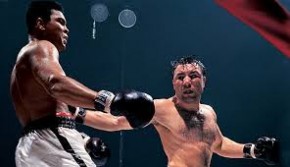 Layton plans to ask council this week to create and install a plaque at 109 Ossington Avenue, where Ali trained before he fought Canadian heavyweight George Chuvalo at Maple Leaf Gardens in 1966.  Ali ended up fighting in Toronto because major American boxing venues took umbridge with his objection to the Vietnam war.

According to Layton, the plaque and its future maintenance would only cost about $6,500 with half that money coming from the city the other half from the community.

Ali died last month at the age of 74 following a battle with Parkinson’s disease.