The ousted chairman and CEO of Fox News in the U.S., the man credited with turning the service into a right-wing news power house resulting in the Republican political landscape, is writing a book. 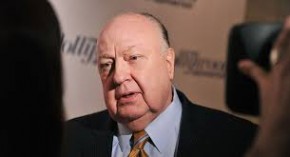 76 year old Roger Ailes hasn’t spoken publicly since last Thursday, when he resigned from Fox amid allegations of sexual harassment.  However, two long time friends confirm Ailes is getting to work on an autobiography he has been mulling for years.

What won’t be in the book is criticism of his former employer or its owners, the Murdochs.  His exit agreement with Fox includes a non-compete a non-disparagement clause.

There is widespread speculation that Ailes might team up with Republican Presidential Candidate Donald Trump and advise him in some capacity. So far Trump has refused comment on that.