CLINTON TO TAKE TWO DAYS OFF FROM CAMPAIGN AFTER PNEUMONIA DIAGNOSIS

Her campaign says Clinton was diagnosed on Friday after a doctor ran some tests on a cough she’d attributed to allergies. 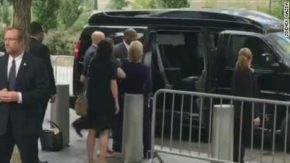 Her doctor initially said that she became overheated and dehydrated. Clinton later emerged from the apartment of her daughter Chelsea Clinton, saying she was feeling better. 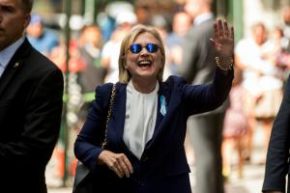 Clinton has cancelled campaign events that had been planned for today and tomorrow.

“The coughing fit was a week ago, so I assume that was pneumonia also…so something’s going on, so I just hope she gets well and gets back on the trail, and we’ll be seeing her at the debate,” said Trump.