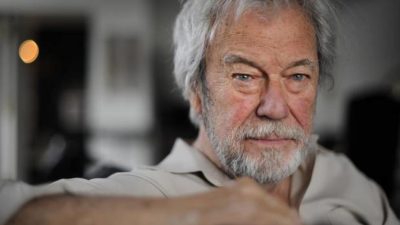 Actor Gordon Pinsent is being honoured with this year’s Legacy Award by the Stratford Festival – where he performed early in his stage career.

Pinsent joined the company in 1962 and went back to Stratford in the mid-’70s as a leading player.

The Canadian star has almost 150 film and television credits – and won the best actor Genie and ACTRA awards in 2006 for his work in Sarah Polley’s Away from Her – as well as the Genie for best actor in The Shipping News – based on the Pulitzer Prize-winning novel by Annie Proulx.

The Legacy Award will be handed out on September 26th in Toronto- by  Christopher Plummer, who received the festival’s inaugural Legacy Award.

Pinsent’s body of work is also being highlighted at TIFF this year -with Brigitte Berman’s documentary “The River of My Dreams; A Portrait of Gordon Pinsent.”